ATS: What kind of the music did your parents listen to?
DM: Both my mother and father were music lovers. My father had a small record collection, 78rpm’s of classic Italian singers, Claudio Villa and Luciano Tajoli. My mother loved singing. They were also Elvis fans. 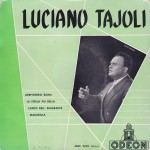 ATS: What kind of music did you first listen to? And nowadays?
DM: Top 40 radio was great growing up with early memories of The Beatles, The Hollies, Manfred Man, Elvis, Creedence Clearwater Revival, T Rex and Motown. You would hear it all.
These days I listen to almost everything. Some of my favorites apart from the obvious ones I mentioned are Mink Deville, Jimi Hendrix, Charlie Rich, Link Wray, Curtis Mayfield, The Carpenters, Free, Led Zeppelin, Lee Hazelwood, The Byrds, Neil Young,….this list is too long.

ATS: What did you study at school?
DM: I liked drawing a lot and studied Architectural Drafting.

ATS: Do you remember what the first record you bought was?
DM: The Beatles Hits EP with Love Me Do, Please Please Me, From Me to You and Thankyou Girl. 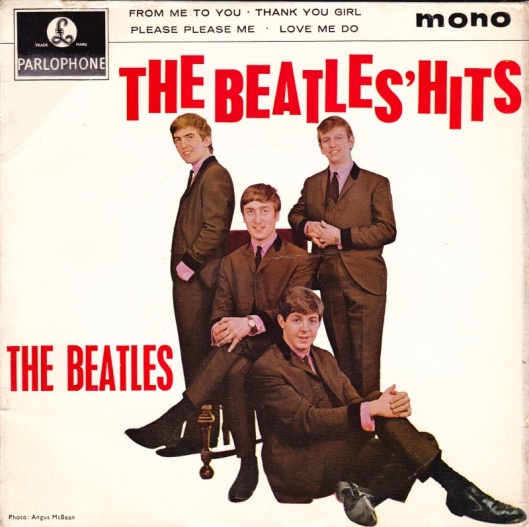 ATS: Did you become a collector of records?
DM: I guess I did.

ATS: Who was your first guitar hero?
DM: John Fogerty

ATS: What were some of your favorite singers, musicians, bands?  Who are some of your influences?
DM: Too many to mention, but singers like Al Green, Elvis, Steve Marriot, John Fogerty, Willy Deville, Karen Carpenter, Charlie Rich, John Lennon, Paul McCartney, Rod Stewart and Paul Rogers come to mind.
Musicians and Bands – The Beatles, Creedence Clearwater Revival, The Rolling Stones, The Byrds, Jimi Hendrix, The Bee Gees, The Electric Prunes, The Masters Apprentices, The Monkees, The Beach Boys, Led Zeppelin, Chuck Berry, The Plimsouls, Link Wray and The Ventures.
Influences from all of the above.

ATS: What was the first song you learned to play?
DM: I Saw Her Standing There

ATS: What was the first band you played in?
DM: My first band was all instrumental. We called ourselves ‘Impact’ – three guitars and drums. No bass at that stage.

ATS: If you are a smooth talker, how do you sell “Dom Mariani”? For those who are new to your music, what is a good starting point?
DM: Ooh – I’m not very good at selling myself. Do you like songs with guitar and melody? The ‘Popsided Guitar’ compilation is a good introduction.

ATS: Which of your song you are most proud of? Why?
DM: That’s another difficult question to answer.

The Stems – For Always – It was the first song I wrote for the Stems and the best song we recorded.

The Someloves – Know You Now – I have fond memories of writing this with Darryl Mather. He came across from Sydney for a weekend. He wrote the verses and I wrote the signature riffs and chorus.

The Majestic Kelp – Angel Angeline – Takes me to another place. It’s melancholic yet romantic in feeling.

ATS: What good memories do you have of that time with The Stems?
DM: Mostly of the great shows we played and the feeling of excitement because we had something great going on.
Going to Sydney and connecting with Citadel was also life changing for the band.

ATS: Why did The Stems split?
DM: We were touring a lot to promote the album and we were facing the usual problems that bands face when it all happens too fast. Put that together with a bad manager and it was the beginning of the end.

ATS: “At First Sight, Violets Are Blue” was one of the bestselling Australian albums of 1987. Are you surprised European people think it is a masterpiece too? Why do people think this album is so resonant? Not only has it stood the test of time…
DM: I am proud of the album’s achievements, but I never expected to have the appreciation it has had over the years. It’s really nice to know that album is still being enjoyed and that it’s making new fans. 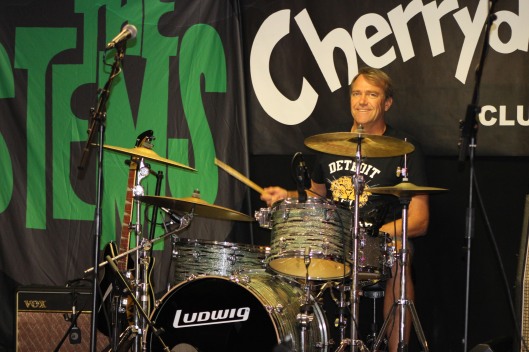 ATS: How did you decide to celebrate the 30th Anniversary of this album? (tour & new vinyl edition).
DM: Yes both cd and vinyl with an Australian and European tour.

ATS: What is it like to reunite after the band has spent years apart?
DM: It’s been great. We reunited in 2003 with original line-up, made another album and then decided to quit in 2009.
There were issues with Richard Lane which made it impossible to keep it going with his involvement. We decided that if the Stems were to play again it would be without Richard Lane. We were forced to take a break not knowing whether we would play again.
In the early part of 2013 we were approached to play some festival dates which led to The Sunnyboys supports a year later. There were a few legal issues that we had to deal with first, but it was ultimately worth it. The band is so much better in so many ways now. We have 2 new and great guitar players to choose from depending on their availability. Ash Naylor (Pau Kelly band and Even) and Davey Lane (You Am I). They have added another level to the band.
Since then we have been playing more regularly culminating in the recent 30th anniversary tour.

ATS: You played in a number of bands following The Stems (The Someloves, DM3, Majestic Kelp, The Stoneage hearts,The DomNicks, Datura4), how did these compare with being in The Stems?
DM: They are all different, all great in their own way. The Stems has its own unique sound. Julian and Dave are one of the best rhythm sections going around. Their easy rocking groove sets the foundation for a great rock and roll band. 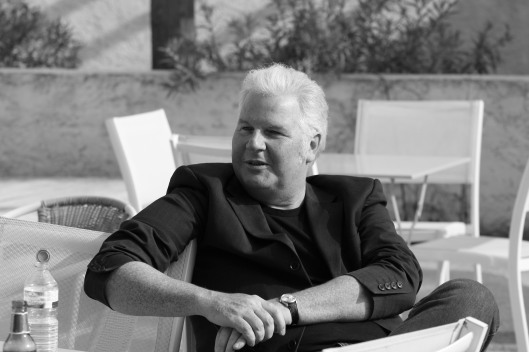 ATS: Do you approach each project the same as you did all those years ago?
DM: I’d say no – The Stems was my only focus while it was going. Everything revolved around the Stems. That experience taught me a lot. What to do and what not to do. I’m still learning new things.
I’ve broadened my horizons over the years. Writing songs as inspiration comes with an idea, an aesthetic in mind. 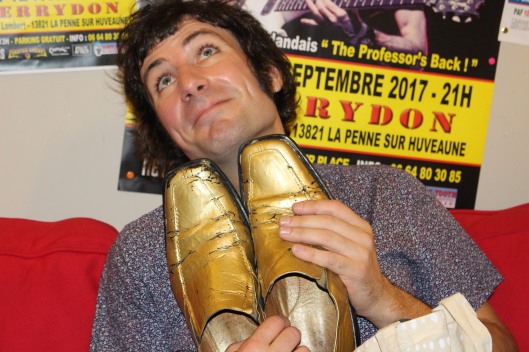 ATS: How easy is it to make a living these days as a musician?
DM: Not very easy. There’s always been a certain amount of luck involved, but the days of selling lots of records are gone and downloading and or streaming doesn’t pay very much. Big labels don’t seem to be investing in bands or artists unless they are a sure thing. The internet has freed a lot of things up, but it has also created a glut of information and there are a million bands/artists all trying to get their music out there.

ATS: Do you find it’s getting easier or harder to do what you do?
DM: Easier in that I can do my own thing at my own pace and not be answerable to a label. I am in control of things a lot more, but harder in that I am doing a lot more myself to promote my music. There’s no money in it, so you try to make it at least viable by covering the expenses.

ATS: Are you still as interested in music as you always have been?
DM: Absolutely – I’m in it for life

ATS: What’s your vision for the future of recorded music?
DM: To keep writing the best songs you can.

ATS: You’ve collaborated with some fantastic musicians. Which band or musician do you want to work with, but haven’t yet?
DM: Todd Rundgren

ATS: Ever thought of writing a song for very young band?
DM: Yes I have – Given the opportunity, I’d like to do that.

ATS: What kind at kind of hints could you give young musicians or young bands?
DM: Keep an open mind, believe in what you do, keep learning, persevere, work hard and stay true to yourself.

ATS: What is your best recording souvenir?
DM: I don’t know – a gold record?

ATS: What is the funniest thing that happened to you on stage, on tour? What is the worst? DM: The funniest – I once made a special surprise solo appearance at a wedding. The bride and groom were supposedly big fans. When they had me come out the bride thought I was someone else and called me by another name. Embarrassing but funny.
The worst – An anxiety attack at the Sydney Cove Tavern in 1987 during a Stems show.

ATS: What are you not good at?
DM: Surfing and computers.

ATS: What are you reading?
DM: Tom Petty’s biography by Warren Zanes 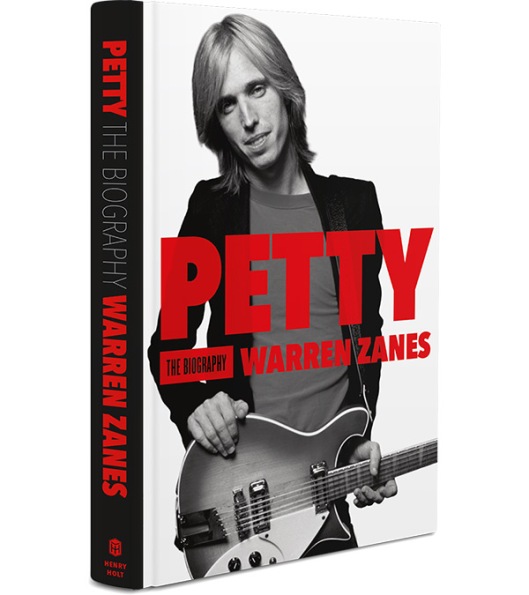 ATS: Music is over-categorized now. Is it a stupidity?
DM: I think so. I don’t really care what style or genre it is, as long as the songs are good. That’s the most important thing for me.

ATS: Do you listen to another kind of music than rock and roll?
DM: I listen to a lot of blues, country and jazz.

ATS: What do you think about rock and roll today?
DM: There is some great rock and roll out there, but it’s not getting the exposure that it should be getting.
Some cool bands flying the flag. You just got to look for them. Like all things it just takes someone new to come along to reinvent it or have something that stand out from the crowd to bring it back to the surface. One great song is all it takes. I hope it happens soon.

ATS: Your 5 favourite records? (I know it’s simplistic but which 5 records are you never tired of listening to).
DM: This is tough!
Let it Be – The Beatles
Radio City – Big Star
Underground – The Electric Prunes
Are You Experienced – The Jimi Hendrix Experience
No Other – Gene Clark

ATS: What’s next for you? Do you have any new recordings in the works?
DM: A new Datura4 album is in the works and I’m planning to do another solo album.

ATS: Thanks a lot Dom! See you soon. 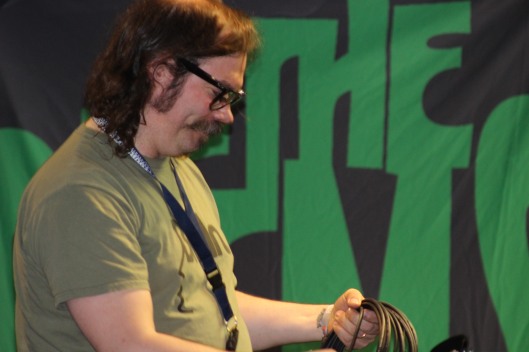